Thank you to all who attended the 2015 COSSA Annual Meeting in Washington, DC on March 9-10.  Summaries and presentations from several of the sessions are available on the Annual Meeting webpage.  Speakers included France Cordova, Director of the National Science Foundation, William Riley, Acting Director of the National Institutes of Health (NIH) Office of Behavioral and Social Sciences Research, among others.

As Congress begins to consider funding for fiscal year (FY) 2016, COSSA has joined dozens of other organizations and coalitions on letters to appropriators in support of strong levels of funding for the federal agencies that support social and behavioral science research. Check our website for the most updated list of letters COSSA has joined.

On March 18, the National Science Foundation (NSF) released a framework for increasing public access to federally-funded scientific research results made possible through NSF support. The plan aligns with a 2013 memorandum issued by the White House Office of Science and Technology Policy, which called on each federal agency to develop public access plans. The NSF plan calls for “versions of record” or final manuscripts accepted to peer-reviewed journals to be deposited into a publicly accessible repository (designated by NSF) and be available for download free of charge within 12 months of initial publication. The guidance will apply to new awards in 2016. A Federal Register notice outlining additional details is expected next month. Refer to the NSF website for additional information.

The National Institutes of Health (NIH) National Institute of General Medical Sciences (NIGMS) recently released its 2015 -2020 strategic plan.  According to NIGMS director Jon Lorsch, the plan outlines the Institute’s priorities and activities, including “the goals, objectives and implementation strategies that the Institute—in partnership with the scientific community at universities, professional societies and other federal agencies—will engage in over the next five years.”  Additionally, the plan provides “snapshots” of specific institute priorities and achievements.

In his director’s message, Lorsch emphasizes that the Institute continues to place “great emphasis on supporting investigator-initiated research grants” and highlights NIGMS emphasis on “the critical importance of rigor, reproducibility and transparency in all biomedical pursuits.” He also underscores the Institute’s research training programs which recognize “the interdisciplinary nature of biomedical research… [and] emphasize experiences that cut across fields of inquiry.”  This includes the recognition of “a compelling need to promote diversity in the biomedical research workforce.” Lorsch further emphasizes that NIGMS is “committed to galvanizing efforts to diversify the workforce by recruiting talented researchers from all groups and supporting quality educational and training environments in a wide variety of scientific areas.”

The White House Social and Behavioral Sciences Team (SBST) has issued a call for fellows and associates to “translate insights from the social and behavioral sciences into concrete recommendations for how to improve federal programs, policies, and operations…” This activity was referenced in the President’s FY 2016 Budget Request (see page 5).  Fellows tend to be researchers holding a PhD in a social science field who take leave from their university, government agency, etc. to serve in this position.  Associates are researchers currently pursuing a PhD in a related field, or who have a Master’s degree plus two years or more of relevant experience.  Fellows and associates sought for this opportunity would begin in September 2015. Applications are due April 12. 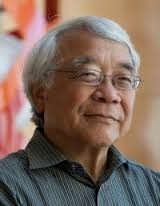 On February 27, the COSSA-led Coalition to Promote Research (CPR) organized a Congressional briefing designed to provide an overview of the National Institutes of Health (NIH) peer review process and the types of grants funded by the agency.

The briefing’s speaker, Keith Yamamoto, vice chancellor for research and executive vice dean of the School of Medicine at the University of California, San Francisco, is a leading molecular biologist and has served on the NIH’s Center for Scientific Review’s advisory committee, as well as other NIH advisory panels and peer review committees. Using contemporary biology, Yamamoto discussed the NIH priority-setting process for determining research priorities as well as its methods for soliciting input from the scientific community and the public.

Yamamoto explained what he characterized as the complexities of peer review and the limits of knowledge; NIH peer review acknowledges and manages intrinsic conflicts of interests, operates on a massive scale across a broad scope, incorporates complex metrics for merit and success, and is imperfect, but continues to evolve and improve. “By any measure, NIH peer review is best,” Yamamoto concluded.

The American Psychological Association’s (APA) acting executive director for science, Howard Kurtzman, moderated the briefing, which was attended by more than 60 congressional staff members and representatives of organizations that support the NIH.

CPR is a coalition of national organizations committed to promoting public health, innovation and fundamental knowledge through scientific research. The organizations represent hundreds of thousands of scientists, physicians, health care providers, and patients who support federal investments in basic and applied biomedical and behavioral research.

The National Research Council’s Committee on the Science of Changing Behavioral Health Norms held its first workshop on March 18, “Lessons Learned from Diverse Efforts to Change Social Norms.” The project, which is housed within the Board on Behavioral, Cognitive, and Sensory Sciences, is co-sponsored by the Department of Health and Human Services Office of the Assistant Secretary for Planning and Evaluation (ASPE) and the Substance Abuse and Mental Health Services Administration (SAMHSA). The committee is charged with helping SAMHSA “implement strategies that improve attitudes and beliefs about mental and substance use disorders.”

Sessions focused on messaging strategies, methods for communications efforts, big-picture looks at social change, and case studies, with speakers discussing lessons learned from past efforts to educate and reduce negative attitudes toward mental illness, HIV/AIDS, and epilepsy; prevent bullying of gay and lesbian teens; and decrease tobacco use in youth. Common themes of the presentations included the importance of building evaluation into campaigns from the start, tailoring the message and strategy to the habits of the target population, and having the flexibility to adapt efforts to changing environments.

The webcast and slides will be made available on the committee’s website. A follow-up workshop, on “Opportunities and Strategies to Promote Behavior Change in Behavioral Health,” is planned for April 15.

COSSA is pleased to welcome the Association for Behavioral and Cognitive Therapies (ABCT) as its newest member. Headquartered in New York, NY, ABCT works to promote “advancement of scientific approaches to the understanding and improvement of human functioning through the investigation and application of behavioral, cognitive, and other evidence-based principles to the assessment, prevention, treatment of human problems, and the enhancement of health and well-being.”

A list of COSSA members’ annual meetings and other events can be found on the COSSA webpage.

COSSA members who have an upcoming event they would like to see listed in the Events Calendar and on our website should send an email to jmilton@cossa.org..

The National Institutes of Health (NIH) Research Education Program (R25) supports research educational activities that complement other formal training programs in the mission areas of the NIH institutes and centers. Additionally, the program goals include an effort to enhance the biomedical, behavioral, and clinical research workforce; recruit individuals with specific specialty or disciplinary backgrounds to research careers in biomedical, behavioral, and clinical sciences; and foster a better understanding of this research and its implications.

END_OF_DOCUMENT_TOKEN_TO_BE_REPLACED

On March 4, Secretary of Education Arne Duncan appeared before the House Appropriations Subcommittee on Labor, Health and Human Services, Education, and Related Agencies to discuss the President’s fiscal year (FY) 2016 budget request for the Department of Education.

Subcommittee Chair Tom Cole (R-OK) opened the hearing by noting the “education of America’s children is critical, not only to prepare them for the workforce, but to strengthen the economic health of our nation as a whole.” Cole noted that he also sits on the House Budget Committee and expressed his hope for a bigger deal between Congress and the Administration which will allow for a more “realistic allocation” to the Subcommittee. Congress will have “tough choices for every agency,” said the Chairman. END_OF_DOCUMENT_TOKEN_TO_BE_REPLACED

On March 10, the Senate Health, Education, Labor and Pensions (HELP) Committee held its first in a series of anticipated hearings on “U.S. Leadership in Medical Innovation.” Opening the hearing, HELP Committee Chairman Lamar Alexander (R-TN) announced that he and Ranking Member Patty Murray (D-WA) intend to focus on three major actions over the next two years: (1) “fixing” the No Child Left Behind Act; (2) simplifying and reauthorizing the federal government’s supervision of higher education in America; and (3) dealing with the “exciting new era of medicine.” Regarding the latter, Alexander noted that the House is moving on a parallel track via its 21st Century Cures initiative (see Update, February 24, 2015). END_OF_DOCUMENT_TOKEN_TO_BE_REPLACED

Mobile and wireless health technologies offer the potential to transform and advance research, prevent disease, improve diagnosis, treatment, and adherence, reduce disparities, increase access to health services, and lower healthcare costs in ways previously thought to be unimaginable. Real-time, continuous biological, behavioral, and environmental data collected via mHealth technologies is expected to improve the understanding of the etiology of health and disease, particularly when it is integrated with other data such as genomics, biomarkers, electronic medical records and patient-reported outcomes. The data is important for answering questions surrounding gene-environment-behavior relationship in health and disease, understanding the developmental origins of disease, and providing data to inform the development of treatments and prevention programs that are preemptive, personalized, and adaptive over time.

The purpose of the FOA, “Mobilizing Research – A Research Resource to Enhance mHealth” (RFA-OD-15-003), is to create a research resource that utilizes mobile phone technology to create a registry of demographically and geographically diverse individuals interested in potential research projects. The resource will include but will not be limited to: