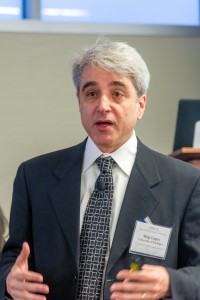 The National Science Foundation (NSF) has announced that it has chosen Dr. Arthur “Skip” Lupia to serve as the next head of its Social, Behavioral, and Economic Sciences Directorate (SBE), following the expiration of Dr. Fay Lomax Cook’s term. Dr. Lupia is currently the Hal R. Varian Collegiate Professor of Political Science at the University of Michigan. He is also the chairman of the board for the Center for Open Science and the chair of the National Academies Roundtable on the Communication and Use of Social and Behavioral Sciences. Dr. Lupia served on COSSA’s Board of Directors in 2014 and participated in a panel discussion on “Reestablishing Trust in Social Science and Data” during COSSA’s 2018 Science Policy Conference. His research interests include voting, elections, persuasion, opinion change, civic education, coalition governance, legislative-bureaucratic relationships, and decision-making under uncertainty.

In a press release accompanying the announcement, NSF Director France Córdova states, “Arthur Lupia takes leadership of a directorate whose research portfolio touches on major challenges our nation faces. Better understanding human behavior is important to improving cyber security and increasing resilience in the face of natural disasters like tornadoes, hurricanes, and broad ecological changes. The social sciences have made a profound contribution to the efficiency of markets, organ donations, and the safety of the skies and our inner cities. Dr. Lupia’s outstanding ability as a communicator will be instrumental to making the value of the social sciences widely understood.”

Dr. Lupia’s term as Assistant Director for SBE will begin on September 1. COSSA congratulates him on his appointment and looks forward to working with him in his new role to continue to advance the social and behavioral sciences.

In an interview with the British publication Research Features, COSSA Executive Director Wendy Naus discusses the current outlook for federal support of social and behavioral science in the U.S. and some of the challenges and opportunities facing advocates for this research. You can read the article here.

The House Labor-HHS Subcommittee marked up its version of the bill on June 15 and released the bill text and accompanying report soon after; however, the full House Appropriations Committee has postponed its markup of the bill indefinitely due to reported disagreements on a number of policy issues in the bill. Therefore, this report simply summarizes the Senate’s Labor-HHS proposals and does not make comparisons to the House levels.

The next step for the bill is consideration by the full Senate. It remains to be seen whether or how Senate leadership will proceed with the individual appropriations bills this year. Given the fast-approaching November midterm elections and other legislative priorities, not to mention the need to confirm a new Supreme Court Justice, it is increasingly likely that FY 2019 will begin under a continuing resolution (CR) on October 1, 2018.

Read on for COSSA’s analysis of the Senate Appropriations Committee’s proposals for the National Institutes of Health, Department of Education, Centers for Disease Control and Prevention, Agency for Healthcare Research and Quality, and Bureau of Labor Statistics.

William Bryan has been nominated by President Trump to serve as the Under Secretary for Science and Technology at the Department of Homeland Security (DHS). Bryan is currently the Senior Official Performing the Duties of the Under Secretary for Science and Technology. If confirmed, Bryan will serve as the science and technology advisor to the Secretary of Homeland Security and lead the research, development, innovation, and testing activities to support the department’s operations and first responders across the country. Bryan is a U.S. Army veteran who has previously held leadership roles at the Departments of Energy and Defense and served as president of ValueBridge International’s Energy Group. He holds a Master of Science in strategic intelligence and a Bachelor of Science in logistics systems management.

Legislators in Puerto Rico have backed away from a plan to dismantle Puerto Rico’s statistical agency, the Puerto Rico Institute of Statistics (PRIS). The proposal had been included in drafts of a government reorganization bill being considered by the commonwealth’s Legislative Assembly; it would have moved the independent agency to the Department of Economic Development and Commerce and outsourced many of its activities to the private sector. COSSA joined a letter led by the American Statistical Association (ASA), a COSSA governing member, to call for PRIS to maintain its independence. The provision was ultimately removed in the final conferenced version of the legislation sent to Puerto Rico’s governor for signature. However, the future of the Institute may not yet be secure; the legislature has promised to address issues related to PRIS in a future session. More information is available on ASA’s website.