On March 21, the Research and Technology Subcommittee of the House Science, Space and Technology Committee held its second hearing in as many weeks to discuss legislation to be introduced later this year governing the National Science Foundation (NSF). A summary of the first hearing is available here. The theme of the hearing was “Future Opportunities and Challenges for Science.” Witnesses included Joan Ferrini-Mundy, Acting NSF Chief Operating Officer, Maria Zuber, Chair of the National Science Board, Jeffrey Spies, Co-Founder and Chief Technology Officer for the Center for Open Science at the University of Virginia, and Keith Yamamoto, Vice Chancellor for Science Policy and Strategy at the University of California, San Francisco. END_OF_DOCUMENT_TOKEN_TO_BE_REPLACED

COSSA held its 2017 Science Policy Conference and Social Science Advocacy Day on March 29-30 in Washington, DC. Sessions featured important discussions on social science within the context of the Trump Administration and the new Congress.

The keynote address was delivered by University of California, Berkeley sociologist Arlie R. Hochschild, whose book Strangers in Their Own Land: Anger and Mourning on the American Right was a finalist for the 2016 National Book Award. The program also included an expert panel addressing the political and policy challenges of the day and strategies for addressing them, and discussions on the benefits of public engagement by social scientists, mobilizing social science students, engaging with national media outlets, the role of social scientists in government service, and ways to meaningfully advocate from home. Click here for COSSA’s summary of the Conference sessions. 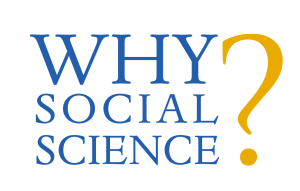 This week’s Why Social Science? guest post comes from Representative Dan Lipinski, Ranking Member of the Research and Technology Subcommittee of the House Committee on Science, Space, and Technology, who writes how the social and behavioral sciences are advancing knowledge within individual disciplines and through their contributions to interdisciplinary research. Read it here and subscribe.

And on March 29, Representative Lipinski spoke on the floor of the House of Representatives to recognize the participants in COSSA’s Annual Social Science Advocacy Day and celebrate the many benefits of social science research. Lipinski highlighted the applications of social science research to strengthening our national security, creating efficient markets, and keep cyber systems secure.

On March 29, as part of the 2017 COSSA Science Policy Conference and Celebration of Social Science Capitol Hill Reception, COSSA presented the 2017 Distinguished Service Award to Senators Cory Gardner (R-CO) and Gary Peters (D-MI). The COSSA Distinguished Service award recognizes leaders who have gone above and beyond to promote, protect, and advance the social and behavioral science research enterprise. Awardees are chosen by the COSSA Board of Directors, which represents COSSA’s governing member associations.

Senators Gardner and Peters were recognized for their bipartisan work on the American Innovation and Competitiveness Act (AICA), legislation that reauthorizes activities at the National Science Foundation (NSF), the National Institute of Standards and Technology (NIST), STEM education programs, and seeks to reduce the administrative burden associated with federal grants. Senators Gardner and Peters worked to ensure an inclusive and bipartisan process when writing the AICA, engaging the scientific research community along the way. The AICA was one of the last bills signed into law by President Obama in January.

As COSSA Executive Director Wendy Naus stated, “Just as important as what is in the bill is what is not in the bill. Unlike the proposals we have seen over in the House in recent years, the AICA does not pick winners and losers among the sciences. It does not call into question NSF’s merit review process and suggest that the agency is making poor funding decisions, namely in the social, behavioral and economic sciences. And while the legislation doesn’t include funding levels, I think it is safe to assume that its authors do not believe that it is a wise strategy to decimate federal funding for basic science at a time when our international competitors are doubling down on research investments as part of their overall economic strategies.” More on the award is available here. 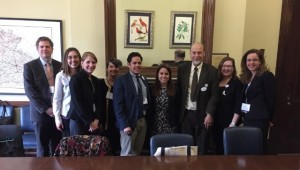 On April 18, COSSA will host a congressional briefing featuring a conversation with Dr. Alvin Roth, winner of the 2012 Nobel Prize in Economics. The briefing, Why Social Science? Because Understanding Markets Can Save Lives, will focus on Dr. Roth’s fundamental research in market design, which revolutionized kidney exchanges, allowing incompatible patient-donor pairs to find compatible kidneys for transplantation, and demonstrates how social science can have real, significant impacts on our everyday lives, often in unexpected ways. A reception will follow the briefing. The event is made possible with support from Representative Eddie Bernice Johnson and SAGE Publishing. More information and a link to RSVP is available on the COSSA website. RSVPs are requested by April 13.

The Department of Agriculture’s National Institute of Food and Agriculture (NIFA) recently released a report that measures the effectiveness of NIFA research, education, and extension investments at land-grant colleges and universities (“capacity grants”). The report, Quantitative and Qualitative Review of NIFA Capacity Funding, was prepared by TEConomy Partners, LLC. The report finds that the capacity funding model is able to produce a high return on investment and leverage matching state and local funding for projects. It concludes, “Capacity Funding carries substantial and significant ongoing advantages as an R&D and extension funding model.” The report is available in full on the NIFA website.

The Council of Professional Associations on Federal Statistics (COPAFS) has engaged JDG Associates to conduct a search for a new Executive Director to succeed Katherine Smith Evans, who has led COPAFS for nearly five years. COPAFS advocates for the development and dissemination of high-quality federal statistics. More details on COPAFS and on the search are available on the COPAFS website.

On March 29, newly appointed Secretary of the U.S. Department of Health and Human Services (HHS) former Rep. Tom Price (R-GA) made his first appearance before the House Appropriations Subcommittee on Labor, Health and Human Services, Education and Related Agencies. Welcoming the Secretary, Subcommittee Chairman Tom Cole (R-OK) began the hearing by pointing out that the proposed cuts in the Budget Blueprint (aka “skinny budget”) released by the Administration on March 16 “are extensive and span the reach of [the] agency.” Cole asked Price how the Department intends to solve “some of the challenges” the budget poses to HHS, including those related to the Indian Health Services. He emphasized the subcommittee’s need to understand the detail of the cuts proposed, as well as any proposed downgrading or elimination of agency missions. END_OF_DOCUMENT_TOKEN_TO_BE_REPLACED