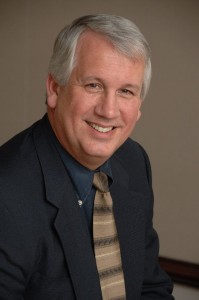 On July 30, National Institute of Health (NIH) director Francis Collins announced the appointment of William “Bill” T. Riley, PhD, as the next Director of the Office of Behavioral and Social Sciences Research (OBSSR). Riley has served as Acting Director of the OBSSR since May, 2014.

Riley has been with NIH since 2005, serving as Deputy Director of the Division of AIDS and Health & Behavior Research at the National Institute of Mental Health (NIMH). He joined the National Heart, Lung, and Blood Institute as Program Director of the Clinical Applications and Prevention Branch, Division of Cardiovascular Sciences in 2009. In 2012 he moved to the National Cancer Institute (NCI) where he served as Chief of NCI’s Science of Research and Technology Branch in the Division of Cancer Control and Population Sciences. Prior to coming to NIH, Riley was the Director of Research at PICS, Inc., and taught at Virginia Commonwealth University and the Medical College of Georgia.

Riley is a clinical psychologist by training. His research interests include behavioral assessment, psychosocial health risk factors, tobacco use/cessation, and the application of technology to preventive health behaviors and chronic disease management. Riley’s research has included the use of mobile phones and other mobile computer devices to assess and intervene on tobacco use, dietary intake, physical activity, sleep, and medication adherence. He also is interested in the application of engineering and computer science methodologies to the behavioral sciences. He earned his PhD in clinical psychology from Florida State University.

Riley authored a blog post on August 3 that offers his insights on the important role social and behavioral science plays in biomedical research and the technological revolution.